As a result of this project, 193 young people are now farming in their own gardens, growing cash crops and 163 of them are receiving double income through the use of irrigation. We view these as significant successes against a background where most small-scale farmers, with many more years’ experience, are simply growing maize for food under rain-fed conditions.

The main impact has been in the choices the young people are making about the use of their increased incomes. School fees are being paid; homes are being improved; they are saving for the next crop’s inputs; and they are investing in other micro-businesses. These choices have been influenced by the high-quality financial literacy and business training they have received. 100% membership of the Village Loan Schemes (a form of credit union) enables sustainability, providing the means by which inputs are purchased for the next crop. The commitment to the Village Loan Schemes encourages us to believe that this project will have an ongoing impact. The good relationships we have with the Agriculture Department means that there will be ongoing crop husbandry support, albeit reduced in scale, and Malawi Fruit’s wider work will support the young people with marketing in the long term.

Hasting has been trained to grow beans and to harvest and market these so that is family has a cash income for the first time. Until Hastings joined our programme, he was growing maize for food, but the family had no cash income. He is now planning to get a Futurepump so he can get two crops per year and double the household income. In the long term, he wants to go back to school – he had to leave at the end of primary school because his family had no money for school fees. 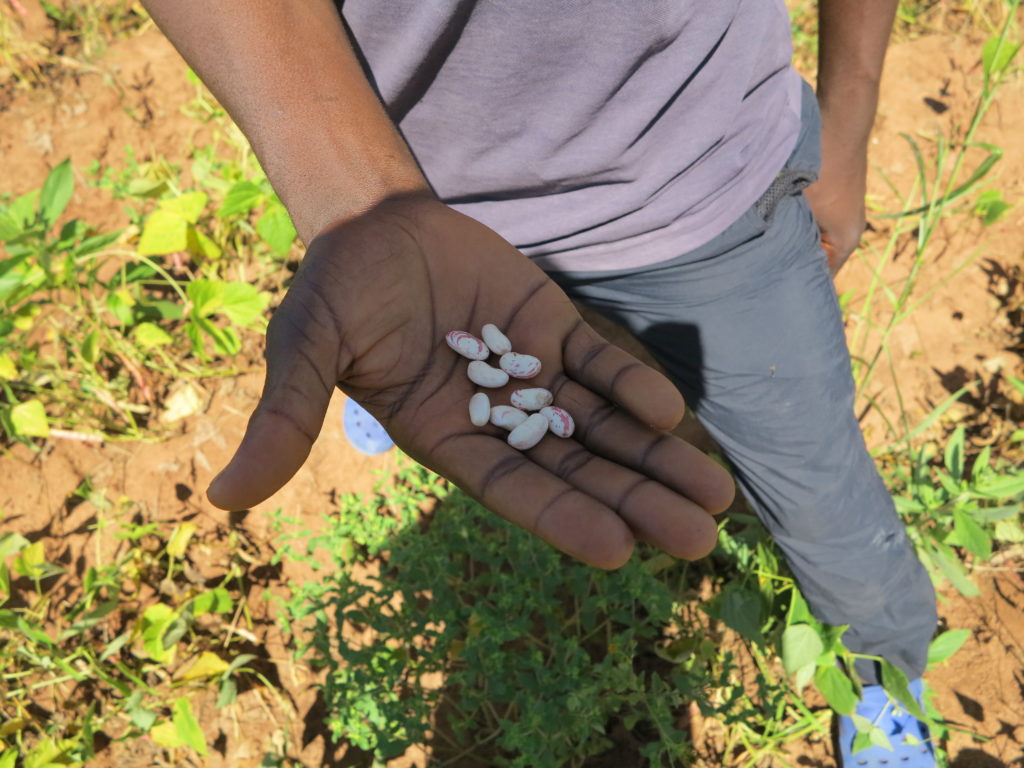 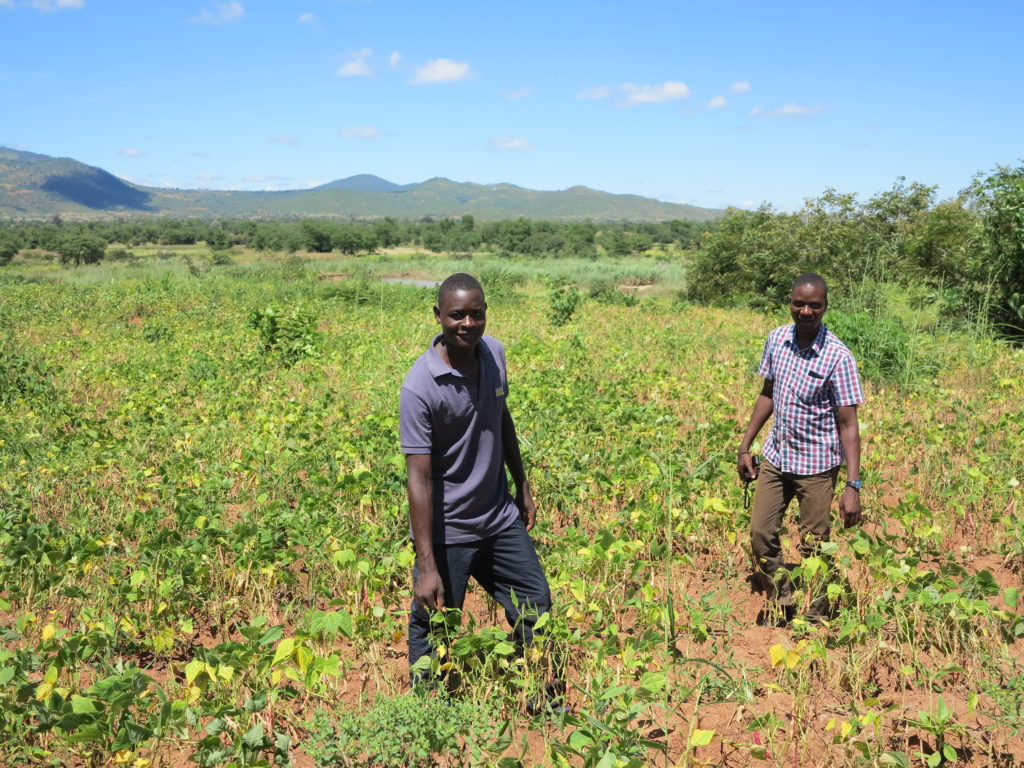 Miriam lives at Tapukwa where we have been restoring the broken irrigation scheme. This has greatly increased the amount of irrigated land, from 6 to 21 hectares and we hope to take this to 27 hectares in the future. Miriam was growing tobacco previously and this is a traditional cash crop in Malawi. However, the world market for tobacco has fallen and so have the prices, so Malawi Fruits has supported Miriam to move away from tobacco growing and to grow tomatoes for sale on local markets. We have been able to show Miriam the value of using improved seed which Malawi Fruits imports from South Africa. This seed is expensive to buy, but it offers much higher crop yields and improved quality by reducing disease. Miriam, like so many of the farmers we wok with, is learning new techniques and embracing modern farming – this is the green revolution which Malawi so badly needs. 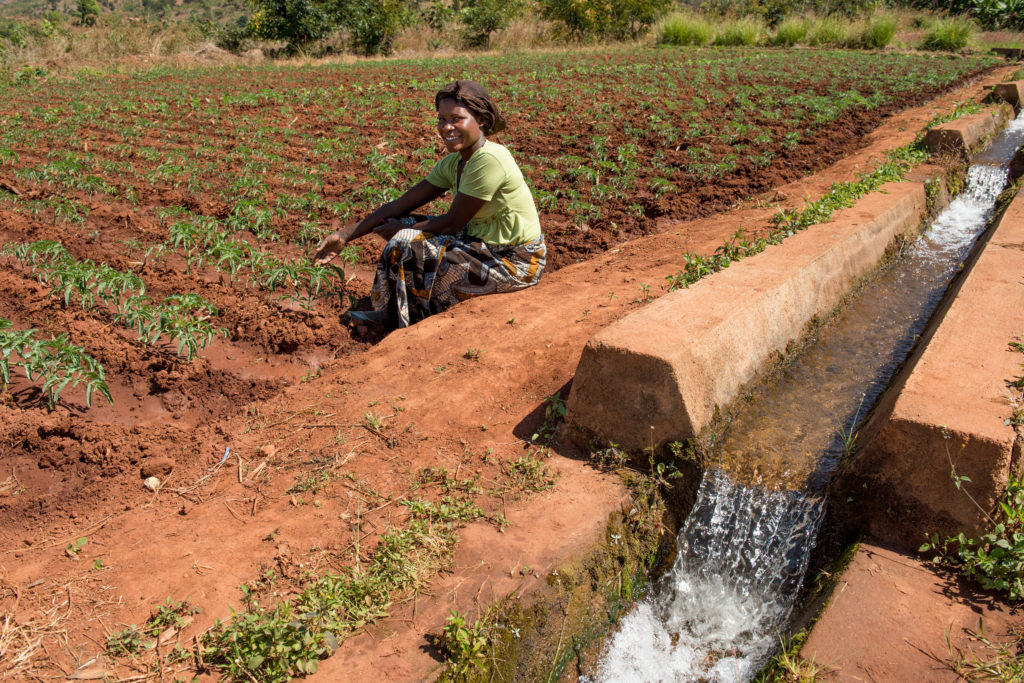 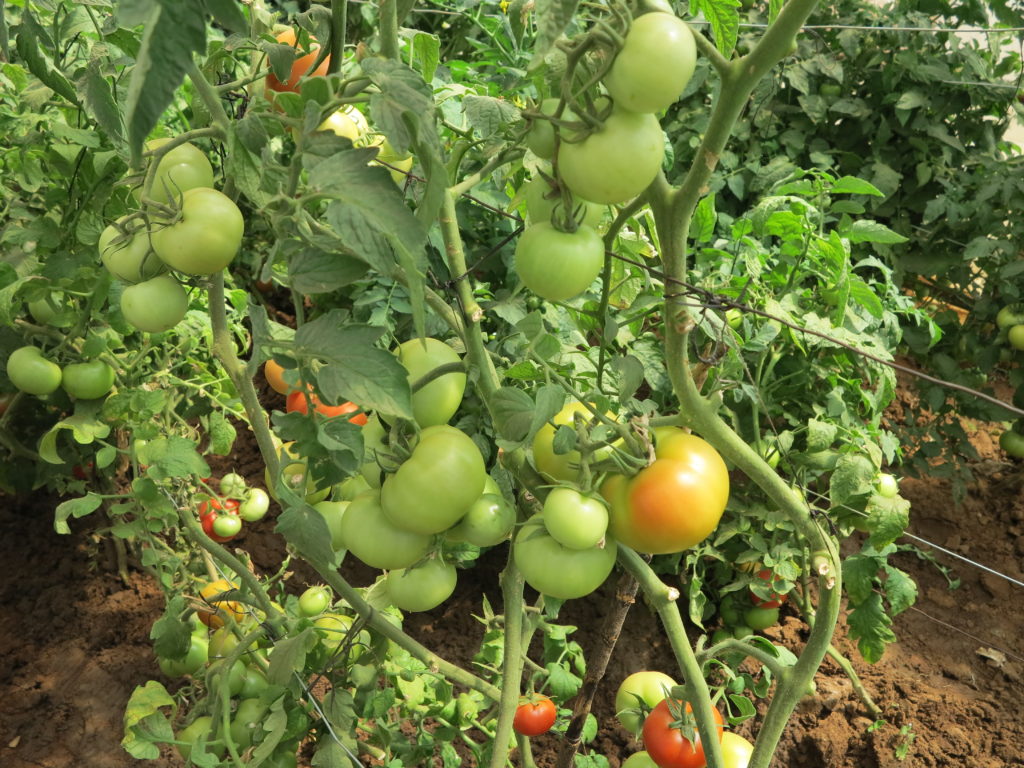 Together have established Greenfield Tree Nursery, a good business raising fruit trees which they sell throughout Malawi. They produces orange, tangerine and mango trees and have nearly 40,000 saplings in his nursery. Victor is an expert who uses traditional Malawi root stock and then grafts on a range of varieties, suitable for the different conditions found throughout Malawi.

For the last year, Greenfield Nursery has been using two of our Futurepumps for irrigation. One is used with a hose for direct irrigation and the other pumps to a tank which then gravity feeds the nursery. The pump copes well, pumping up around 25m from the river to the tank. The pump fills the 5,000 litre tank in just three hours which is really impressive. The solar irrigation has reduced the amount of manual labour which Victor and Vincent need to, giving them more time to plan for the expansion of their business. 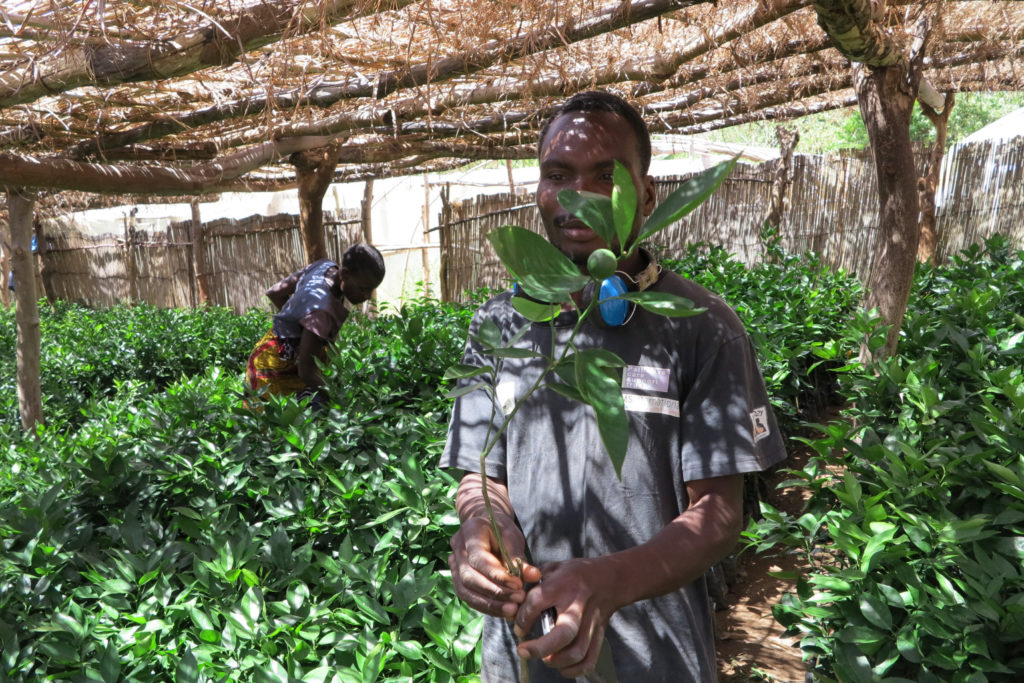 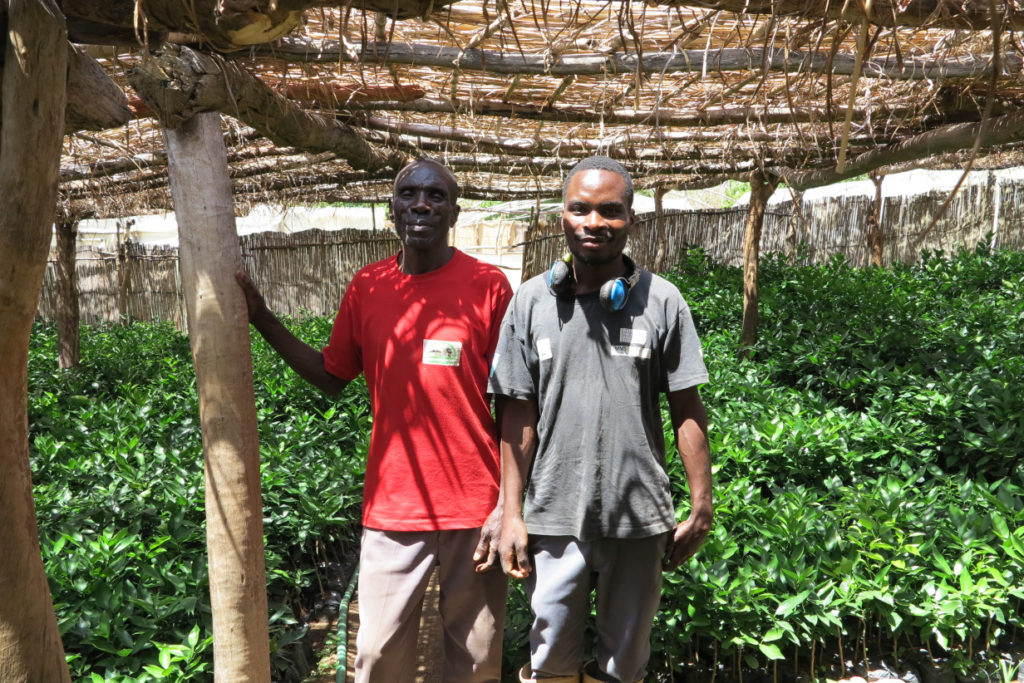 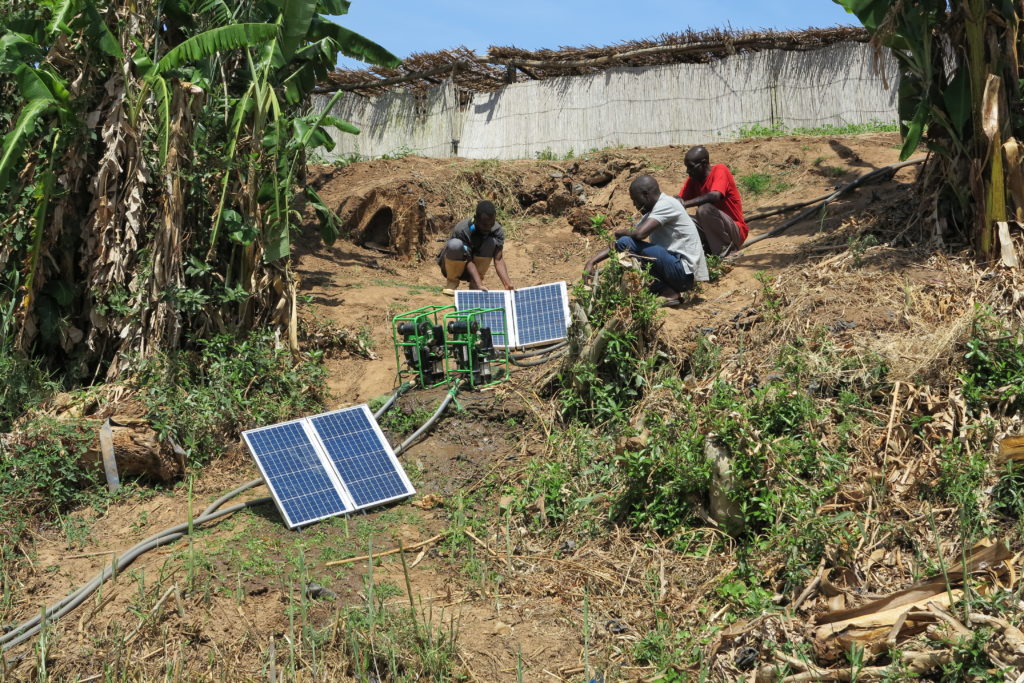 Luca is growing red sorghum for local processing. Not only is sorghum and entirely new crop for Luca, but it is also the first time that she has farmed in her own right: in the past, she has always worked on her father’s plot. This is really significant because most agricultural training opportunities in Malawi fall to the men and it is difficult for a young women to be an independent farmer.

Malawi Fruits provides the training and access to inputs which Luca needs, and works with her to grow her understanding of her farm as a business so that, come harvest time, she can make good decisions about what to do with the money she gets from the sale of the crop. These are new skills for Luca because she has never been able to earn her own money before.
We are committed to empowering women like Luca because there is a lot of evidence to show that the economic empowerment of women is the greatest driver of positive social change in developing countries. 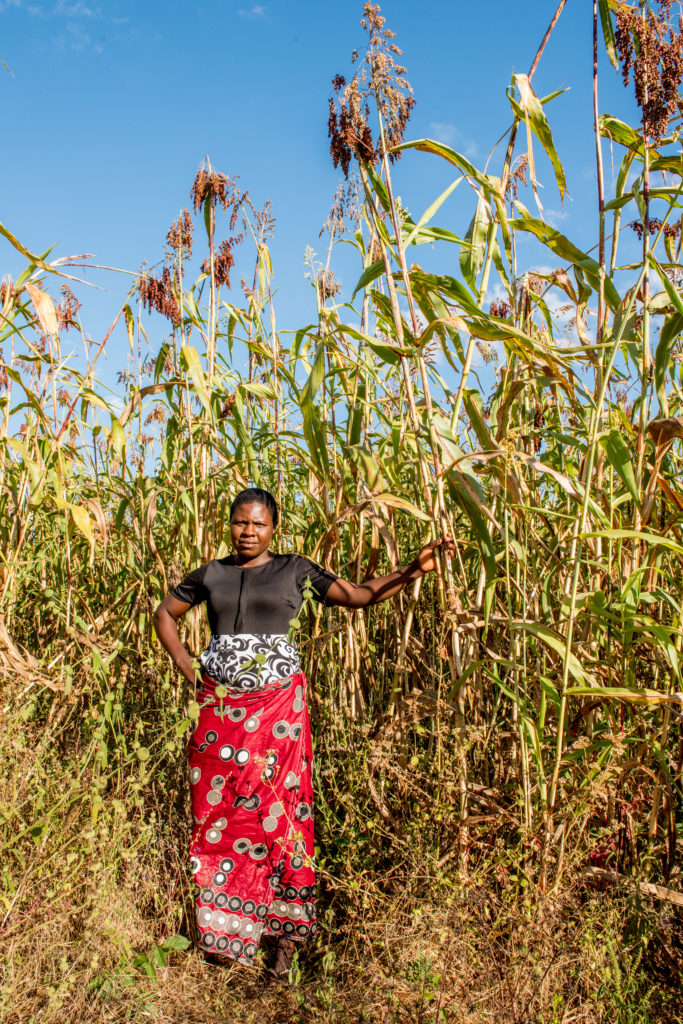